Born from 1995 onwards, Gen Z are the generation on every marketer’s mind. But how do you engage a new generation across the globe? Well, just as you shouldn’t assume that all millennials love avocados (though we’ll admit, a lot of them do), you shouldn’t base your global Gen Z marketing strategy on stereotypes. Gen Z are incredibly vast and varied, making up 30% of the world’s population. This generation, more than any other, values authenticity. They’re driven by individual ways of thinking and communicating; painting Gen Z with the same brush will cause you to lose customers.

So, what’s the right way to approach Gen Z marketing? It’s all about looking at what we know about them on a global level, then focusing into the local truth. We’ve taken a look at some global brands following this strategy, to show you how to create the most effective Gen Z campaign…

They grew up online with the world at their fingertips so is it any wonder that Gen Z view themselves as global citizens? For this generation, being global means tackling international issues like climate change. Of course, the issues they care about also vary from region to region, with young people in China showing great concern for human rights issues and American Gen Zers focusing on diversity (source: OC&C Strategy). So, how do you create a campaign that resonates with this socially aware generation both globally and locally?

Take inspiration from Axe’s #PraiseUp campaign. Back in 2016, Axe completed a study, revealing that 70% of Canadian Gen Zers had been told negative stereotypes about male identity. Axe took a stand, encouraging young men to praise their friends on their more unique qualities via social. Why did this work so well? Axe created a positive movement that worked in Canada but that also tapped into Gen Z’s global focus on challenging gender stereotypes and inequality. Indeed, even 5000 miles away in Brazil, Gen Z are striving for better gender representation, with 81% refusing to buy from brands whose campaigns promote machoism, according to a McKinsey & Company study. #PraiseUp therefore resonates with both local and global Gen Z audiences. Alongside this, Unilever (who own Axe) pledged to help over 1B people take positive steps towards their well-being by 2020. This proved their commitment to social change, something that 55% of Gen Z customers look for when choosing brands (source: NRF).

It’s all well and good being woke, but if the influencers you partner with seem phoney, your campaign will descend from socially aware to total despair. So, what do Gen Z want when it comes to influencers? Genuine creators, or, in other words, people who feel like their friends posting trustworthy content. Indeed, according to We Are Social, Gen Z want influencers to be credible, with proven skills and knowledge to back up what they’re saying.

Monki understand the importance of choosing the right influencers, especially when it comes to a cultural campaign. Their All The Feels campaign, which seeks to explore the impact of social media on mental health, is backed by a strong influencer strategy. Unlike Axe who partnered with Canadian celebrities, Monki have taken their partnerships global, using influencers Emily Bador, John Yuyi and Elyse Fox from the UK, Taiwan and New York respectively. A clever strategy considering 63% of Gen Z want to see social media influencers in ad,s with less than 40% preferring celebrity collaborations (source: Media Kix). Monki’s influencers are all micro, with more engaged followings grown from a genuine interest in their activism and mental health advocacy. Thus, Monki is showcasing localised voices that resonate with their All the Feels campaign, something Gen Z respond to more prevalently (source: Havas). A good cause, great ambassadors, messaging that resonates globally… this campaign is giving us the feels.

3. Looking Beyond the Brand: Doritos

For Gen Z, old-school advertising won’t cut it. This new generation demand to be part of a brand, prioritising personal experience over straight-forward purchasing. In fact, in China, Gen Z will often pay more if it means getting a product that reflects their identities (source: Daxue Consulting). So, how can you use Gen Z’s individualism to your advantage?

Take inspiration from Doritos, a global favourite amongst Gen Z, ranking as their 2nd favourite brand in the USA alone (source: Business Hub). Doritos’ latest campaign: Another Level, is turning outdated branding on its head. The traditional logo has been ditched and replaced with triangles spotted in the wild, from road signs to bike locks to chicken coops.

Another Level plays into Gen Z’s desire to interact take ownership of and interact with brands. On Instagram, Doritos have created a separate account, @LogoGoesHere, where fans can share their triangle pics using #LogoGoesHere. Whilst on Snapchat, Doritos have created a new lens, allowing fans to ‘triangle themselves’ (source: The Drum). Why is this so effective? Well, according to a report by JWT Intelligence and Snapchat, Gen Z see themselves as creatives, with over half using social apps for creative expression. Equally, according to IBM’s global report, Gen Z’s predominantly use social media to interact with their closest friends, with 46% seeking their friends’ product recommendations. What better way to target Gen Z customers than by letting them do what they do best: creating content, sharing it with friends and spreading the word about brands they love?

4. Irony that Makes an Impact: McDonalds

By now, you’ve probably realised that targeting Gen Z with ad after ad after ad is not going to get you noticed. For this cohort, it’s all about quality content. According to a Millward Brown study, humour and good design rank up top as some of the best ways to engage Gen Z audiences. But who’s telling all the right jokes? The brand built around a clown, of course…

McDonalds’ latest campaign, Schnuggs, taps into Gen Z’s desire for humourous brand content. Designed to launch their limited edition spicy nuggets, Schnuggs is a spoof campaign localised to UK audiences. With a mock urban music video and bucket hats aplenty, this campaign speaks to Gen Z’s edgy, streetwear style whilst appealing to their funny side. The pièce de résistance? Fans can transform themselves into a spicy chicken nugget with a new Snapchat lens. Design wise, the Schnuggs campaign doesn’t disappoint either, with tongue-in-cheek branding on the Schnuggs apparel and clever print ads dispersed throughout newspapers depicting the spicy nuggets burning through the pages. Entertaining, well executed and relatable to their local audience – clearly McDonald’s have done their homework.

What can you learn from these brands?

So now you know how brands do it best, all that’s left is to map out your global Gen Z marketing campaign. If you’d like any more advice on taking your content around the world, download our latest guide to global marketing implementation. 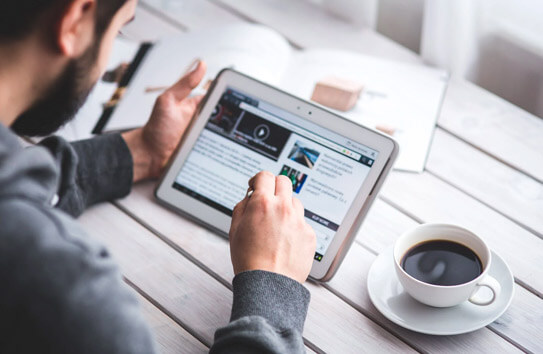 8 current trends in consumer behaviour around the world 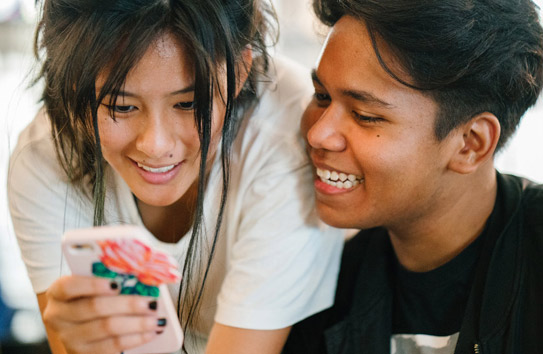 Beyond translation: A new era approach to insight-driven localisation

A look at what next generation localisation means for global brands, with…