Our CEO Kevin took part in a round table on “How to adapt to succeed in China and the West” at this year’s edition of the Shanghai International Advertising Festival.

SHIAF is a new Chinese advertising event, started in 2018. This year, for the first time, a delegation of UK agencies was invited to share their advertising expertise with Chinese brands and advertising professionals.

The focus of the festival is to help Chinese brands go global by developing a strong advertising and marketing culture – and shed light on the challenges and opportunities that can be met when marketing to China.

Here are the 4 key trends we took away from SHIAF:

Forget about Made in China, today it’s all about Designed in China.

China may still be considered the world’s factory, but it wants to rise from manufacturer to designer. Design is the new government priority with huge investments in technology and education, and policies to build Chinese global brands over the next 25 years. But it won’t be as simple as that; China must catch up with the West on branding. This may prove difficult for a market whose focus, up until recently, has been on products rather than brands.

Consumer electronics is by far the best performing category for Chinese brands, with brands including Lenovo and Huawei. Overall, there are 10 Chinese consumer electronics brands in the global top 50. However, these big brands suffer from a lack of brand awareness and trust outside of China. 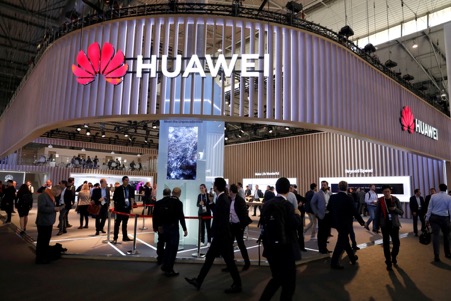 A 2016 survey for Marketing Week shows that 38% of respondents questioned the credibility and authenticity of Chinese brands due to concerns over quality, counterfeiting and unethical production. The survey also suggests a lack of brand awareness – even Chinese giants such as Alibaba and Huawei were unknown to respectively 55% and 27% of respondents. The Chinese may well constitute 18% of the global population but domestic brands looking to grow will need to look outside of China to achieve the brand reputation of their Western counterparts.

All is not lost for Chinese brands – as you’d expect they are catching up very quickly. Some brands resort to smarter ways of bridging the ‘brand gap’; they buy foreign brands and learn via acquisition, create joint ventures with western brands or work with branding experts. Rebranding is also a tactic when venturing out of China. HSBC is a good example of a successful rebrand – difficult to imagine HSBC going global if they had stuck to their former brand name, Hong Kong Bank. 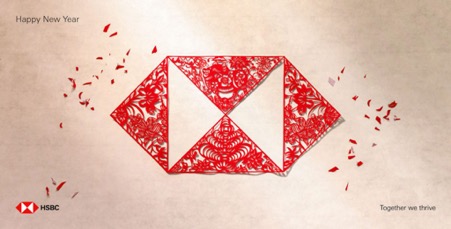 There’s been a shift in the way Chinese people interact with brands. People used to search online and purchase offline and now it’s the opposite. E-commerce has transformed Chinese consumer behaviour altogether. Just imagine, more than 40% of the world’s e-commerce transactions currently take place in China, up from only 1% about a decade ago.

Channels for conversion have multiplied with the growing importance of social media over traditional channels. Brands must adapt and understand the importance of the customer experience in this new paradigm.

Coca-Cola ’s Richard Cotton introduced the idea of ‘Story Doing’ over ‘Story Telling’ – an interesting term to express that brands need to put the consumer at the centre of brand campaigns, for a more personalised, interactive brand experience. Coca-Cola’s recent campaign in China, “Faces of the City” is a good example of a consumer-focused, culturally relevant campaign, that combines traditional Chinese cultural and architectural features with AR. 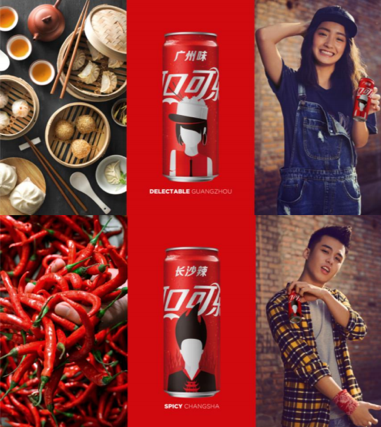 And yet, a good campaign is nothing without data. To get the customer experience right, brands need to capture data to track and improve campaign performance and target customers with more personalised content. This is achieved with more granular, real-time data and tools that can allow for a personalised customer experience, while respecting data protection. Uniqlo’s latest campaign for Chinese New Year is a good example of this, as it used AI and location-based technology to target young and older people with tailored content.

Influencer marketing also brings the customer to the heart of the brand experience, as brands build strong personal relationships with their audience through their influencers. And while Chinese brands have some catching up to do with their branding, the West could learn some tricks from China when it comes to influencer marketing.

The integration of social media, e-commerce, and digital payment in China has enabled influencer business models that are yet to be explored outside of China:

– Influencers incubators: in China many influencers have created their own incredibly successful brands

For Chinese New Year 2019 Maybelline made a smart use of influencers for the launch of their latest lipstick range “Red on Fire”. Influencers are given many free samples from various brands, so Maybelline decided to stand out from the crowd by creating a custom mahjong set, with traditional tiles replaced with lipstick, New York City icons, and the new lipstick range in the centre of the case. Mahjong is a traditional Chinese strategy game, played with a set of 144 tiles with Chinese characters and symbols. The campaign was a resounding success with hundreds of bloggers across major Chinese social media platforms posting about it.

We can’t ever stress it enough – brands need to be culturally relevant everywhere. They must invest as much in the global implementation of their campaign as they would in the creative concept.

There are many examples of global campaigns failing to connect with their local audience, or worse, causing outrage and backlash. Last year’s Dolce & Gabbana campaign is a prime example of poorly thought-through creative – yet, many global campaigns fail to reach their audience simply because not enough effort has been put into making them culturally relevant. Besides, for a Chinese audience Western brands can be a little too adventurous from a creative perspective. What can be perceived as bold in the West, may be considered bad in China. The criteria for creativity can differ a lot, as creativity is so tied into culture. Westerners have been accustomed to creative marketing campaigns, with advertising being an important part of popular culture; this isn’t the case in China, where advertising has been rather limited up until recently.

And yet brands can bring bold creatives to China if they do their research on the cultural appropriateness of their campaign idea.

Adam&EveDDB presented their global campaign for Wall’s “Talking Ice creams”, in which ice creams exchange pun-based jokes. A difficult campaign concept to adapt considering how tricky it can be to adapt humour. Their approach was different – instead of adapting an ad, they created specific ads for each market using their network of copywriters. Each ad would be based around a pun and hero product in market – a “Glocal” model that allows global brand consistency but with local relevance around core products and multiple touchpoints.

The recent Peppa Pig campaign for Chinese New Year is another great example of a culturally successful campaign by a global brand. Quite easily, Peppa Pig capitalised on the Year of The Pig, which has an obvious connection with their brand – but they also successfully captured the spirit of Chinese New Year, by incorporating Chinese elements to their campaign and using a cast of famous Chinese actors for their CNY episode. 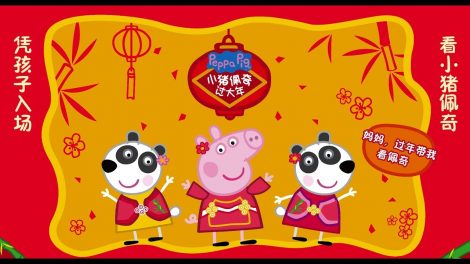 Apple’s CNY 2019 campaign was also met with a lot of success in China for very similar reasons – not only did Apple convey the Chinese New Year family spirit, but they also adapted their usual short formats to local media usage, by releasing a 6-minute advert.

In the past few years, Alibaba’s affiliate financial product Alipay launched its red envelop campaign for Chinese New Year, which was met with huge success. Some 450 million people participated in the game of collecting “five blessings” on the Alipay platform to receive lucky money – up 40% year on year. Giving cash in red envelopes (hongbao) is a traditional practice during the Spring Festival, which has been shifting online thanks to the increasing popularity of mobile payments in which people use apps to send, collect and draw virtual hongbaos on their smartphones.

In 2016, Elex Games, China’s largest distributor of social online games, launched a TV, OOH and digital campaign in the UK and the US for its adventure-strategy game, Clash of Kings. The creative drew very much on the Game of Thrones phenomenon, with visuals of medieval warriors fighting. The campaign used advanced optimisation tools to track and attribute app downloads back to individual TV spots. The campaign was a huge hit with an increase in brand awareness by 25% and an increase in downloads by over 300%.

And at the heart of this exchange there needs to be not just economic interests, but a profound respect for the traditions and cultural specificities that make each market unique.

Warning: Invalid argument supplied for foreach() in /home/freedman/public_html/wp-content/themes/Freedman/single.php on line 83